29 Apr 2019 by Easymove
Finally, you’re done with those endless research papers, and you’re now a college graduate. In as much as it’s a great feeling to finish your college studies, the hard part kicks in when you have to figure out the best city to move to.

So if you’re passionate about sports, great restaurants, thriving nightlife, or easy transportation, we suggest you move to Chicago.

In fact, Chicago is the 4th best city for millennials at least according to the April 2016 Forbes magazine. To explain more, here’re the 10 reasons why millennials are moving to Chicago. Read on!

After finishing your college studies, moving to a city with a steady job market is very crucial to your career success. And yes, this’s exactly what Chicago will offer you.
The city of Chicago jobs has experienced great improvements over the past few years, with the unemployment rate falling sharply from 8.4% to below 6%.

This means that the hiring of professionals in industries like healthcare, IT, and insurance is on the rise.
Don’t forget that those tall buildings are home to a whole host of companies dealing in different sectors such as banking, private equity, consultancy, etc.

First and foremost, this city boasts of 77 plus unique neighborhoods, with most millennials moving to the northern as well as the northwest neighborhoods.

According to an article published in the Chicago magazine on May 2018, Chicago millennials are impacting greatly on the overall growth of real estate business in this area. That aside, some of the popular neighborhoods to consider include the Wrigley Ville, Lincoln Park, and Wicker Park.

All in all, Chicago boasts of some of the best rentals for millennials, but you should make sure that the rental fits all your needs.

If you’re a fresh graduate and still looking for a job, it’s obvious that your finances are quite limited. That being said, if you compare the cost of living in Chicago with that of other big cities such as New York and Washington DC, Chicago is the place to be.

If you’re making 50,000 USD and living a comfortable lifestyle in Chicago, you’ll need to make an additional 47,000 USD to sustain the same lifestyle in Manhattan according to CNN.com

Additionally, you don’t have to pay for the services of brokers when moving to Chicago apartments, thereby saving you a few bucks.

Another thing, it’s also cheaper to buy properties in Chicago. For instance, the Legacy Building which is arguably the newest and the nicest building on the Millennium Park are priced at an average of 600 USD per square foot.

If you compare this to the price of the 432 Park Avenue Building in NY, you’ll realize that you can save a whopping 5,400 USD. Therefore, it’s advisable to choose Chicago over the other big cities like NY, unless you want to live in a closet.

I’m sure you’d like to move to a place where your safety and that of your properties is guaranteed. Well, Chicago is one of those areas where the crime rate is at its lowest point, making it a safer metropolis for most millennials to live in. In fact, the crime rate in Chicago has steadily been decreasing since the early 2000’s according to statistics from the City Data.

You don’t want to move to a city where it will be difficult to make new friends, right? In most big cities, people tend to be rude, and won’t bother helping you out if you have a problem, especially if you are a stranger.


Well, not in Chicago because the people here are actually very nice irrespective of where you come from. In fact, everyone is ready to help a stranger with directions or advice in case of a problem. Who wouldn’t want to live around nice people anyway? Certainly not me!

6. Tons of restaurants with amazing foods

Chicago is popularly known as home to immigrants, and this is one of the reasons why it boasts of different cultural foods and drinks. From Chinese to African food, Chicago certainly has it all.
And of course, don’t forget to check out the classic hotdogs and deep dish Chicago style pizzas as you move around the city.

The event schedule in this city is quite a hectic one thanks to its cultural diversity. That aside, there’re plenty of annual celebrations ranging from the culinary arts, fine arts, and performing arts.

You’ll get to be part of festivals such as the Lollapalooza (music and culture festival), the Chicago Contemporary Circus Festival which brings together circus artists and enthusiasts, and the Chicago Intentional Film Festival.

If you compare transportation in Chicago with that in other big cities, you’ll notice that Chicago is certainly way ahead. This’s because of the expensive parking fees around the city. Surprised right? Well, let me explain more. 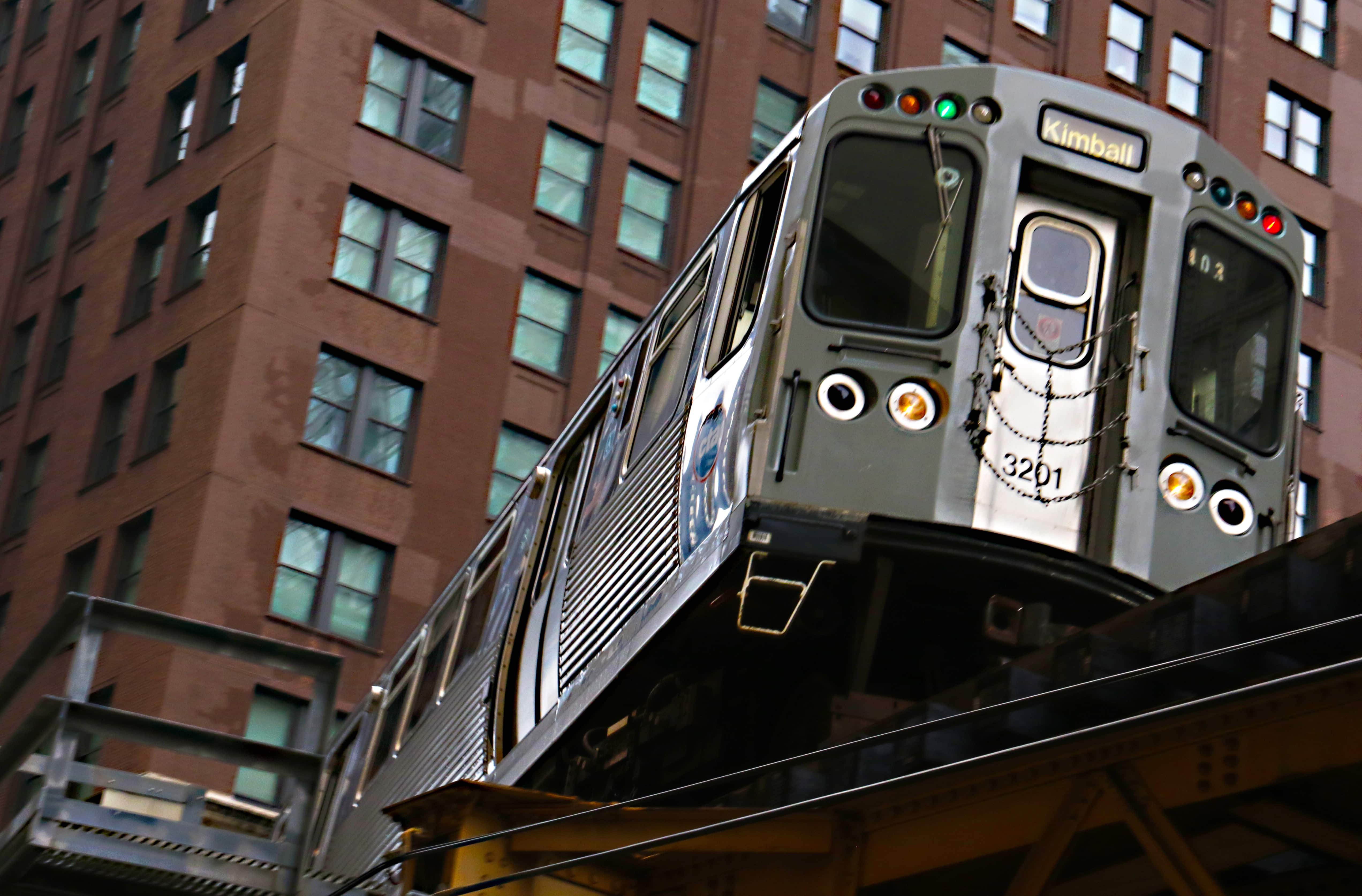 You’ll have to part with around $200 every month if you intend to park your car in a garage.

Street parking near apartments is also readily available, but you’ll have to fork out at least $4 per hour. For this reason, many opt for their bikes, bus, train, or hop in an Uber.

In fact, Chicago is the only city together with New York that uses trains as a means of mass transport.

However, don’t be intimidated by the CTA (Chicago Transit Authority), which is the train and bus system. It might look confusing at first, but you’ll get used to it after a month or so.

Most young people today are passionate and die-hard sports fans, and this’s one area where Chicago never disappoints. Chicago teams are arguably the most followed teams in the world of sports today.

Some of the most popular Chicago teams include the MLB standouts Chicago White Sox and the Chicago Cubs, the NFL Chicago Bears as well as the hockey Chicago Blackhawks.

Lake Michigan is one of the main reasons why most people are moving to Chicago. The lakeshore has 26 miles of amazing public beaches stretching from the North Avenue beach all the way to the Montrose beach.

The lakeshore also boasts of 18.5 miles of green space and trails for biking and hiking as well as playing soccer, tennis, baseball and volleyball.

If you are still undecided on which city to move to, this moving to Chicago guide should be able to convince you to move to this beautiful city. There’re plenty of homes and apartments to rent or buy, entertainment festivals to attend, amazing restaurants, and the business hub here is second to none.
Once you find an apartment or house to live in book easymove to get help with moving or furniture delivery.

Easymove is a mobile app which connects local truck owners with people who need professional, affordable moving and delivery help at a flat cost.

All said and done, you’ll definitely find it very easy to settle in Chicago 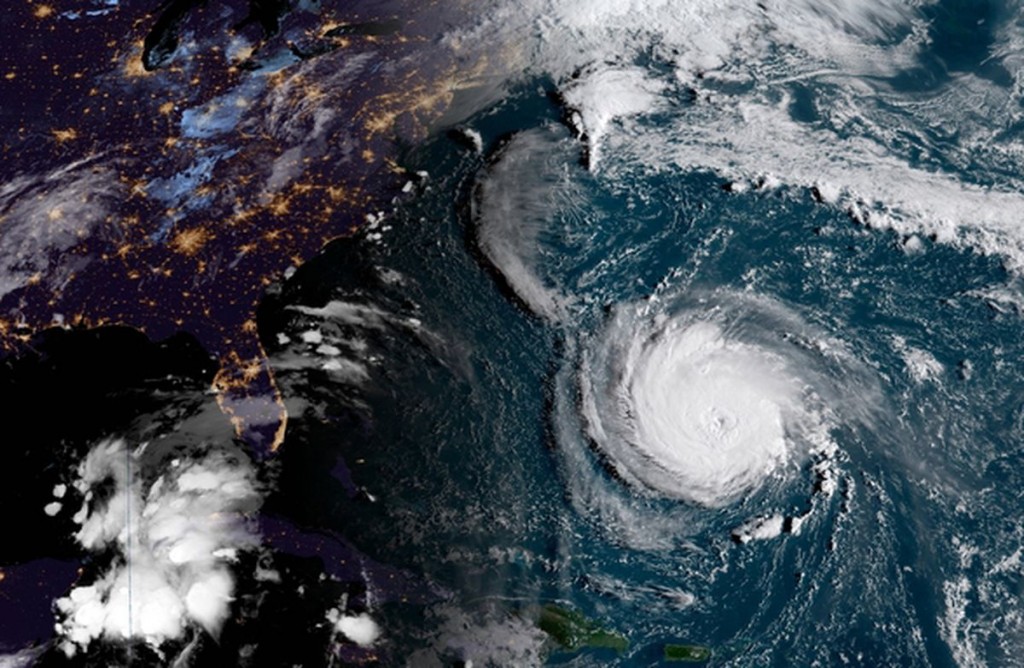 The category 1 hurricane Florence 2018 has made landfall near the Wrightsville beach in North Carolina with winds around 90 mph. This force of nature brings with itself r...
Read more Cities
Mar 04 2019 by EasyMove

Are you looking to move to Chicago but not yet sure on which location to move to? Well, there are lots of Chicago suburbs for you and your young family to live in. These...
Read more Cities
Apr 29 2019 by EasyMove

Finally, you’re done with those endless research papers, and you’re now a college graduate. In as much as it’s a great feeling to finish your college studies, the hard pa...
Read more Cities